Now Reading: Things To Say To & Ways To Help An Autism Parent… :-)

10 "Polite" Things People Say To Autism Parents That Can Be Annoying / Frustrating.... 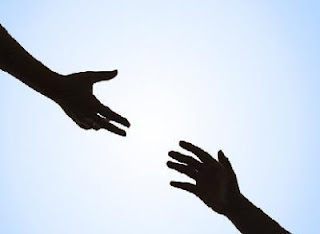 I wrote a post yesterday called “10 Polite Things People Say To Autism Parents That Can Be Annoying / Frustrating…” which got a TON of feedback.  Many autism parents added their own stories of things that people say that irritate them.

However, the stuff I wrote about was stuff that on it’s own seem pretty tame & polite.  And as I said in yesterday’s post…

People are just trying to be polite and show interest in your kid and have something nice to say.  Let me say straight away that I don’t blame them for saying any of these.  These are just 10 things that when you hear ALL the time get to be a bit frustrating… the same way the movie stars get exhausted when they have to answer the same questions over and over when they are on a press junket…  🙂

As I’ve said in a blog post last week (called “Where Are All These Mean People“), we rarely, if ever, come across people who are mean or rude on purpose or even by accident.

Yesterday’s post was meant to be a slightly humorous way to show how even polite things when you hear them constantly can become a wee bit irritating.

–Would  you feel better when people just do not say anything? If not, what would you like to hear?

–What would you like people to say to you? What are the encouraging words that you want to hear?

And several readers wrote back with some ideas like…

–How about whenever you need a sitter call me lol!

–I would love it if people would just ask regular questions like “how is school going”, “is he getting along better with his brother (because they fight)?” regular questions that do not surround his disability.

And so that made me try to think about the types of things I would want to get asked… or appropriate ways to bring up sensitive topics that probably won’t irritate me. 🙂  And I planned to sit down and write a follow-up blog post all about this.

I did a google search on “things to say to an autism parent” and I found some AMAZING articles that say it way better than I ever could.  So I will pull out some of my fav’s and add links to the original articles.

I encourage you to read all of these articles.  There are alot of hidden gems and ideas in each of them.

1) Stuart Duncan is a fellow autism dad blogger.  He’s the big kahuna on the block of autism dad blogs.  He has a blog called Autism From A Father’s Point Of View.  He wrote a post in May 2011 called “What to say and not say to a parent that has a child with Autism“.  And on his list of what to say?

–You’re doing such a great job
— I don’t know how you are able to do so much
— Your child is progressing so well, you must be very proud
— If I can help, just let me know.
— I don’t know much about it but I’m willing to learn
— I’ve read some studies, heard the news but I’d love to hear what you think

So what would be good to say about my son? Well, if you don’t know us and we are, for instance, hanging at a playground, this is what I would love for you to say: “Hello.” It’s the universal way of opening a conversation. It’s friendly. It’s pity-free. As reader Clementine said, “Simple hellos go a long way.” Or, if you prefer, “Wassup?”

Let’s gripe about how the playground needs a renovation. Let’s joke about how quickly kids grow out of their shoes. Let’s talk about the sort of stuff all parents talk about as they’re striking up a conversation. One commenter asked, seemingly facetiously, “What should we say: ‘What’s his/her name’ ‘How old is he/she – the standards?” Actually, the standards are much appreciated. If you think that having a typical-parent conversation is ignoring the elephant in the playroom, maybe you can reconsider your idea of elephants.

Once we’re chatting, getting more personal is cool. I’m OK with being asked “What’s his diagnosis?” or “What does he have?” (“What’s wrong with him?” is way negative and kinda rude.) Sometimes, people precede questions with “If you don’t mind my asking…” which is a nice approach since some parents don’t want to go there….

It’s different with people who already know me and Max, obviously. My friend Wendy always asks, simply, “How’s Max doing?” which leaves plenty of room to get into whatever detail I’m in the mood for. Oh, and anyone is always free to ask how I manage to stay in such great shape, though I suspect that is one question I will never hear…

3) Jean Winegardner writes an autism blog called Stimeyland.  She also sometimes writes autism articles for the Washington Times website.  In July 2011 she wrote an article for the Times about when someone said “I’m sorry” upon learning that her son has autism.  And one thoughtful commenter asked, “What might be a good thing to say?” and Jean wrote a follow up article called “What to say to parents of children with autism”.  Here’s a great snippet (but read the whole article cuz there’s tons more great stuff)…

I think the most important thing to remember when you are talking to parents of children with autism is that they want you to understand their child. Most of us are willing to explain how autism affects our families and are happy to answer your questions. What we don’t want are platitudes or assumptions.

If someone tells you his child has autism, ask how the child is doing. Ask what he is like. Remember that he is someone’s very loved child.

4) On the autism blog Delightfully Different Life I found an AMAZING post called “Your Child Has Autism, and I Don’t Know What to Say: Seven Ways to Go the Extra Mile to Keep Your Friendship Thriving” filled with GREAT advice.  Here’s ONE nugget that is EXTREMELY helpful to us asd parents that your friends/family might not think of, or do often enough…(but I IMPLORE you to read all seven!)

If you are inviting the family over, ask specifically about how you can accommodate, and try to follow the parent’s lead about the extent to which the child will be involved.  No gluten?  No problem.  Your Halloween decorations or your perfume may trigger a meltdown?  Easily fixed.  They are leaving their child with a sitter even though you’ve insisted it’s okay to bring her?  That’s fine too.

It’s much easier for us to tell people what we really need to do if they let us know that they want to know.  Otherwise, we will probably decline perfectly wonderful invitations just to avoid being an imposition on you.

For example, a child with autism might have a favorite video that can be the default setting when the socializing gets to be too much.  Kids may have certain foods that they must avoid, or certain colors that freak them out.  A child may need safety precautions that would be easy for you to take.  The family may want to be home earlier than most, so dinner could start early.  Jeannie, an adult whose only sibling, a sister, has special needs, says:  “Ask the parents if they want to also include their child to join everyone when they go out.  It is hard to find a sitter for someone who is an adult and has special needs. Including them is so nice because they already feel isolated and left out as it is.”

5)  I found a GREAT autism blog called The I Love You Song and an AWESOME blog post from October 2011 called “10 ways to help a family living with autism”.  Here’s a few of them… (but please READ them all!)

4. Focus on the child with autism
One of the toughest things about autism is watching your child struggle with things that are easy for typically developing kids. It’s even more painful to listen to other parents celebrate their child’s stellar achievements in detail. If you can, at least for a time, keep it brief and focus on the child with autism.

5. Practice random acts of kindness.
That thing when you have had a day filled with meltdowns and therapists in and out of your house, followed by a speech therapy appointment and a lovely friend drops in with something homemade to soothe all and sundry. Yeah that. It’s the little things that make a big difference sometimes.

So there you go…

Those are snippets from 5 great articles, but there are tons more!  Go google them yourselves…

And you autism moms & dads… Do you agree?  Are there any other things you’d like to be asked?  Or ways people can offer help?

We are a demanding fickle bunch, us autism parents, aren’t we.  Sorry you all have to walk on eggshells around us…  but that’s just the nature of the beast.  🙂  But deep down inside we appreciate the effort when someone tries to say something nice and/or supportive…  or someone offers to help.