Getting Back To Our Lives & Living Our Dreams

Wifey And I Have Separated...

The Evolution Of Sesame’s Julia

As many of you know I started this blog in 2011 and for a long time I was anonymous.

Then on October 21, 2015, on the day of our launch I wrote a post called “Sesame Street & Autism -My 2 Worlds Collide in an Amazing Way” where I explained more about Sesame’s autism initiative and walked you through all the different resources and videos that were available.A day later, on I posted this on my Autism Daddy Facebook page, and I felt it was important for me to re-post and say again

Today I’m going to continue to focus on Sesame Street’s autism campaign #seeamazing that I am proud to say that I had a SMALL hand in developing.

Because I have this amazing Autism Daddy platform with 124k followers I wrote that blog post yesterday to use my pulpit to help promote the crap out of the initiative. And the feedback from y’all has been overwhelmingly positive.

However, I’ve seen some comments and shares that make it seem like I was the one leading & spearheading this whole autism initiative. And nothing could be farther from the truth.
Small is the key word above folks… I had a small hand in it. The hard work & research that went into this initiative dates back 3 years.

And along the way between the tons of folks here at Sesame Workshop from all different departments, to the puppeteers, and writers & composers, and web designers, and artists, and animators, and the amazing filmmakers we hired, and all the kids and families that we featured there were literally HUNDREDS of people who worked on this initiative and played an important role in shaping it.

I worked mainly on the video production side of things, and would give my opinion and feedback as an autism dad on other elements when asked. So I am humbly here to say that I am just a small cog in the wheel.

A small cog that has an audience of 124k people, but still a small cog…:)

So thanks for all the thanks! I will take them all in, and then try to pass them on to the appropriate people…

Ok, so then in March of 2016, I wrote another post called “Sesame Street & Autism: 13 New Videos & an Emmy Nomination” when Sesame premiered some more autism content.

And that brings us to today. Well yesterday actually. Yesterday “60 Minutes” ran a story about Sesame Street and revealed the big news that we employees have been keeping a secret for 10+ months: that the autistic muppet character we introduced in October of 2015 was made into a physical muppet and would be joining the cast next month!!

You see,  Julia was introduced to the world back then only as an online digital storybook called “We’re Amazing 123”.

The book was one of many things we released in October 2015.  I worked mostly on the films that were released during that launch.  However, the media ate up the story of a new autistic muppet character and that was the lead in so much of the press coverage.  However, many autism parents quickly dug thru our autism website and checked out all the resources.  And while we got overwhelmingly positive reviews the one comment Sesame heard again and again from autism parents was that Julia just being in a storybook was not enough.  Autism parents wanted to see her on the show.
Fast forward to March of 2016 and we introduced an animation featuring Julia.  This time Julia was voiced by a little girl on the spectrum.  This got lots of positive feedback as well, but parents still wanted to see an actual Julia muppet.
So when script writing began for Season 47 a script introducing Julia was thrown into the mix.  The script was assigned to Christine Ferraro, an accomplished Sesame writer for over 20 years.  Chrissy is also an autism sister.  She wrote the script, and as you can expect it went thru rounds and rounds of drafts and revisions and many autism experts weighed in on everything.
While the script was being written the search was on to find a puppeteer to play Julia.    Sesame was hoping to find someone with a close connection to autism.  The search stopped in Arizona where Sesame found Stacey Gordon, a local puppet maker and puppeteer.  Stacey is also an autism mom of a 14 year old son on the spectrum.
And in April of last year the street story for the “Meet Julia” episode was shot.

That Julia episode will air simultaneously on PBS & HBO on April 10th.You can also view it here!!

I am extremely proud and happy with how the episode turned out.  However, I will tell you that I had very little to do with the production of this episode.  I can’t take any credit for how great it is.  🙂 My job doesn’t really entail working on the US show.  So, while I worked on earlier parts of Sesame’s autism initiative I did not work on the “Meet Julia” episode.
However, after the episode was shot in April, I was given a small amount of money to produce 6 short online only segments featuring Julia with Abby & Elmo, as a way of introducing the world to Miss Julia in advance of the show airing.  We tapped Christine Ferraro again to write them and in June of last year we shot these 6 short inserts.  These segments were released to the world last night.
I’ve put several of my favorites below.
Play Peek-A-Boo with Elmo & Julia
Meet Julia, the newest friend on Sesame Street. Julia has autism. She also has a stuffed bunny named Fluffster! She and Elmo are different in some ways, but they have lots in common too. Elmo brings his doll David to play with Julia and Fluffster, and the four buddies play peek-a-boo.
Abby Cadabby & Julia Sing Sunny Days
Meet Julia, the newest friend on Sesame Street. Julia has autism. She’s also a really good singer and can remember all the words to lots of songs… like the favorite Sesame Street song, “Sunny Days.” Abby’s happy to join in!

So that’s it in a nutshell.  That’s the evolution of the Julia character.   You can see all of the autism content, the new stuff and the stuff from last year at www.sesamestreet.org/autismAs for the Julia muppet, you, the autism community, the autism moms and dads, were a HUGE reason why she graduated from a storybook character to an actual muppet on the show!

I hope seeing Julia on the show makes you happy and proud.   A lot of work, effort, and care went into bringing her to life.  While everything you see on screen might seem simple, every line that she spoke, every characteristic that Julia has, and every way that autism is described was discussed and debated and thought through by lots of different people.
And as we are all well aware, if you’ve met one kid with autism, then you’ve met one kid with autism.   So Julia is one kid with autism.   The character doesn’t perfectly represent my kid with autism.  However, I can see pieces of my son in Julia and more importantly, the way the other muppets and humans interact with Julia and treat her with respect and as just one of the gang is exactly how I would want my kid to be treated.
I think that’s the most important take away from this whole initiative.
Ok, that’s all I got.  Autism Daddy… OVER AND OUT!
THE END 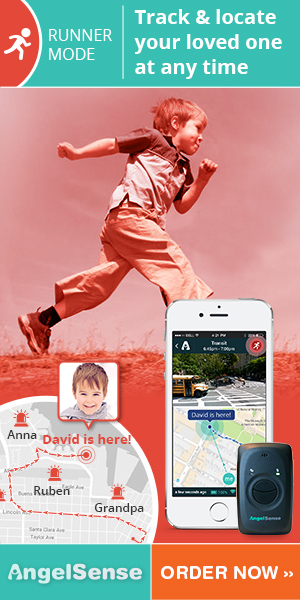 5 People Replies to “The Evolution Of Sesame’s Julia”