Now Reading: "If It Wasn't For That One Thing…"

PICS of our planning / packing for a week's vacation... :)

"If It Wasn't For That One Thing…"

P”If it wasn’t for that one thing…”

The wife and I find ourselves saying that phrase a lot lately.
“If it wasn’t for that one thing….”
We try to give our son Kyle more independence as he gets older.
The independence we are striving for is partially to make him a better, more self-sufficient person and partially, selfishly to make our job as parents easier.
And things that used to be difficult years ago for many different reasons have now gotten easier.
And we could almost let him have his complete independence in many situations “if it wasn’t for that one thing”
Here’s a few examples from the past few weeks.
We went to an outdoor backyard party at another autism family’s house a few weeks back. They have a ton of playground equipment in their backyard and wifey and I kept our distance and his Majesty was playing appropriately on their playground stuff for long periods of time.

And wifey and I stayed on their deck quite far away and let him do his thing… I actually had a beer!  And all was kinda right with the world… “if it wasn’t for that one thing”
He kept trying to eat the playground chips on the floor of their playground. 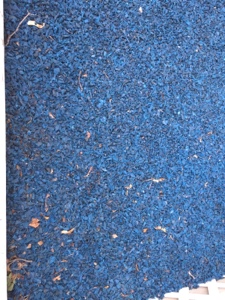 This playground had those chips made of those recycled tires.
Then we went to the Jersey shore a few times this summer and went to the beach and the king had a grand old time and we could sit in our seats and leave him be for the most part “if it wasn’t for that one thing” …he was throwing sand.
In the past he would pick up sand and drop it over and over and over which we learned to live with but this year he decided that he wanted to throw the sand too.  So anytime he got anywhere near another human being wifey or I had to intercede and redirect him.
And then we come up to our upstate NY Lake vacation and we check into our room and he’s acting quite independently and he’s quite self-sufficient bouncing on his ball and choosing  videos on iPad. So independent, that wifey and I think we have the time to leave him be and unpack for the week. And “if it wasn’t for that one thing” we could’ve done that.
The one thing here was just putting all the nastiest stuff in his mouth. The few things with the most germs that you wouldn’t want your kids to put in their mouth from a hotel room. 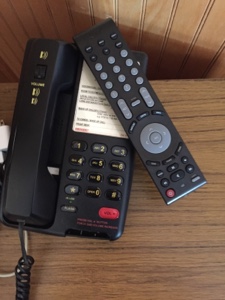