A Recap Of Our Afternoon... With PICS!

Even though the king has been really rough behaviorally lately wifey came up with today’s plan:

She said
“I’ve been talking to him a lot about Greenwich Village lately and also he’s shown some interest in that Joey Ramone book that’s been laying around, flipping thru it. And there’s a new Joey Ramone mural near the old CBGB’s. Let’s walk around Washington Square Park, let him see some street musicians. And then let’s stop at all the murals and take pics. There’s also a mural of Donald Trump as a pile of poop down there. We gotta get a picture of him by that.”I’ve written before about how wifey enjoys taking very artistic pics of the king in parks, museums, historic places, against murals, etc.  She calls him her muse…  At first I thought she dragged him to do this, but lately I’ve actually witnessed him kinda posing a few times and smiling and/or looking at the camera on demand!

So I was game for this excursion, but I warned her about how rough he’s been this week and how crowded it can get down there.

She said “let’s go in with low expectations. The weather is beautiful. The city is usually pretty empty on Labor Day weekend.  And the parking gods are usually always on our side… we take a nice drive. If we’re out of the car and walking around for 90 minutes total we’ll consider the day a success.”
Well we were out of the house for 6 hours total so I’d say that was a success!    only the last half hour, the drive home was really rough with the king pulling wifeys hair for most of the ride.
We left the house about 1:30pm and drove straight to Washington Square Park and the parking gods were with us and I found a great spot 1/2 block from the park.He enjoyed these street musicians… 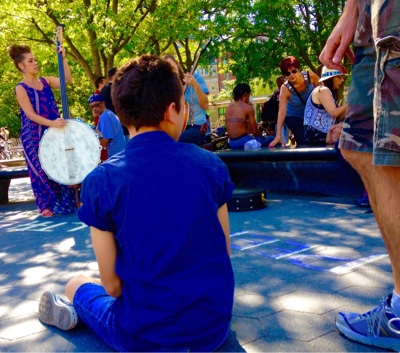 Thought about going in the fountain (which we totally would have let him!) 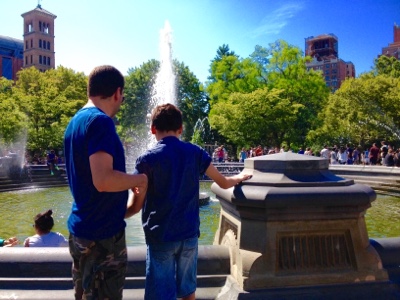 got the history of the arch from mommy… 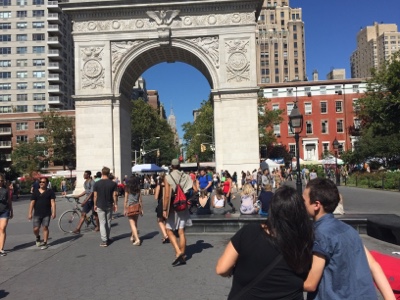 and took in another street musician… 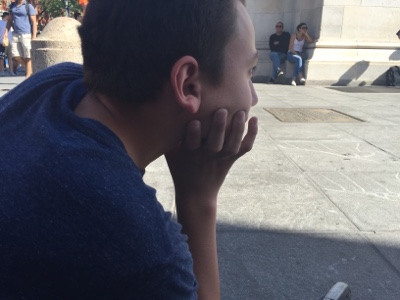 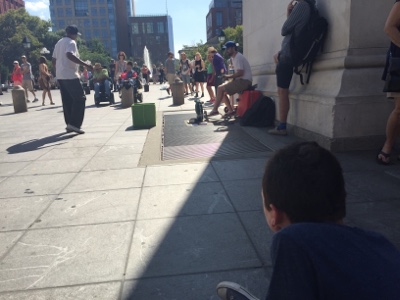 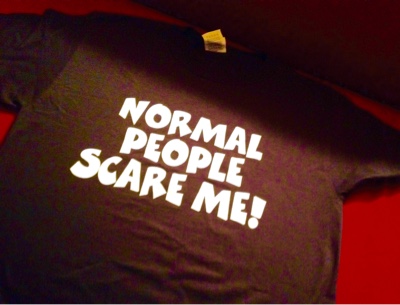 Then while wifey went to get the king ice cream from a truck I started waking with him to the car and he plopped down on the sidewalk to play with the CitiBikes.
Wifey snapped this pic of me trying to negotiate with him to stand up…. 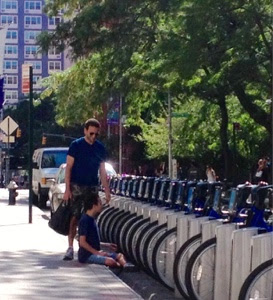 Seconds later he tried to bite one of the tires and we thought about Purell-ing his mouth when we got back to the car.
And then we just drove around looking for cool murals to take pics in front of.
Our destinations were the Joey Ramone mural and the Trump poop mural but if we saw any cool ones on the way, I’d double park the car and we’d get out and snap pics of his majesty.Here’s one that was close to where we parked by Washington Square Park 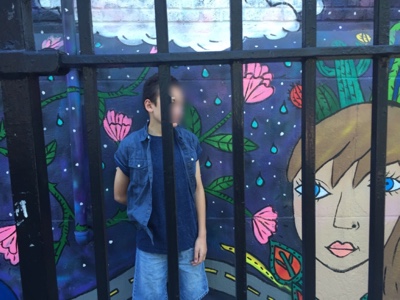 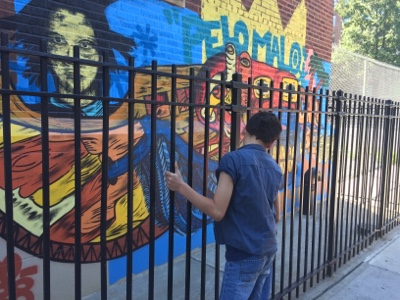 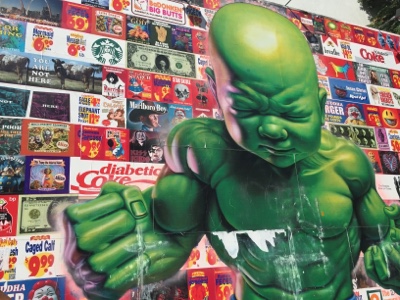 he’s playing with the granite stones/pebbles…  (he almost snuck one into the car and would probably have eaten it!) 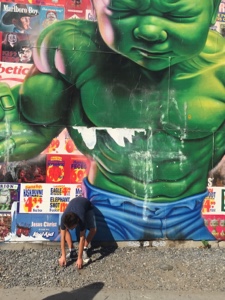 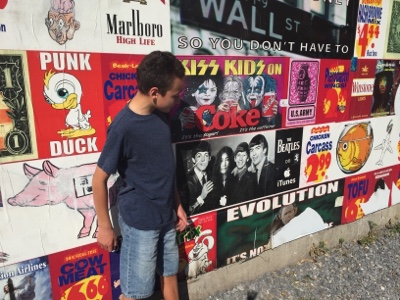 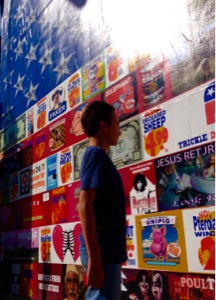 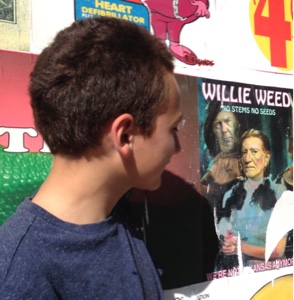 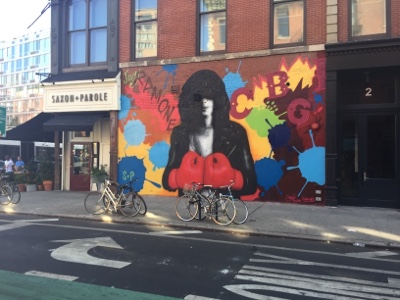 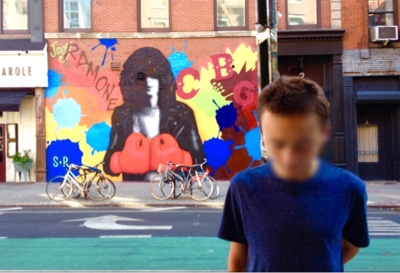 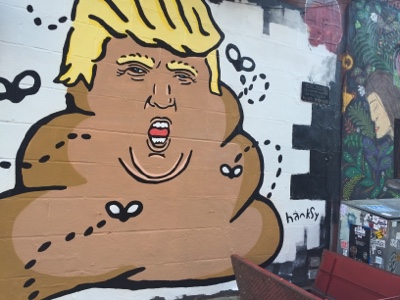 i had to get a selfie with Shitty Trump! 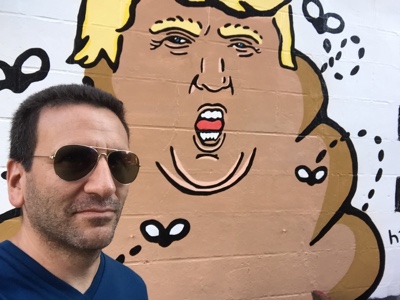 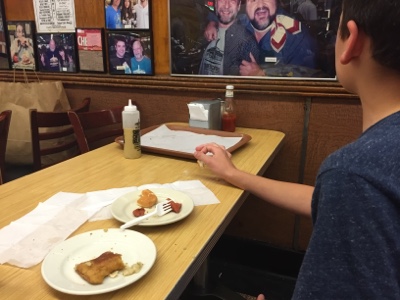 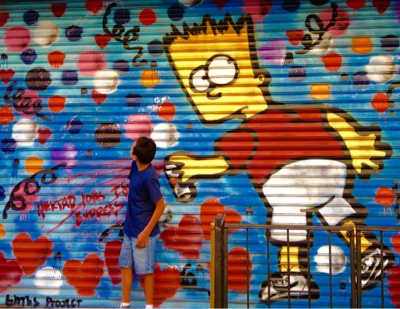 That’s it… By that point it was 5:45pm.  And we headed home…
And the drive home was rough, but overall the day was a success and the king and I got to do something that wifey wanted to do…
Cuz as they say happy wifey, happy lifey
That’s it… OVER AND OUT!
THE END